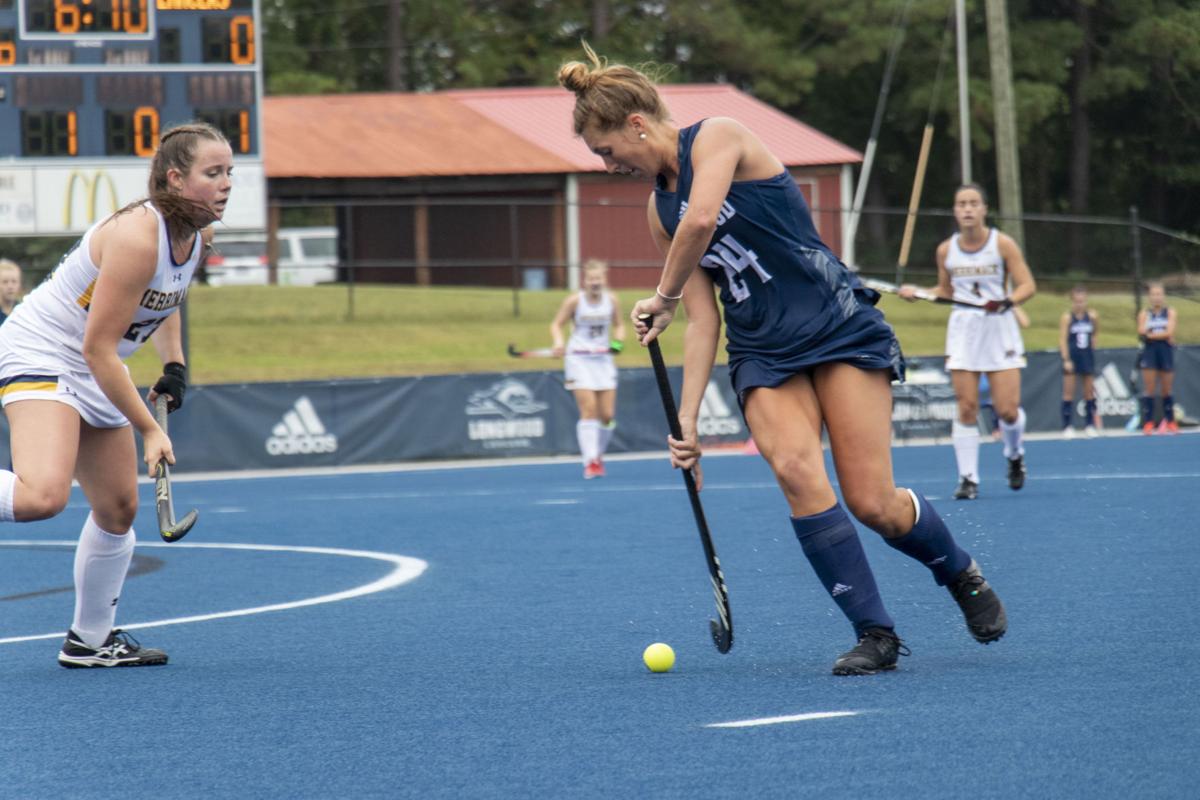 Senior attacker Olivia Wawrzyniak moves into the attacking third of the field in the Lancers recent win over Merrimack College. 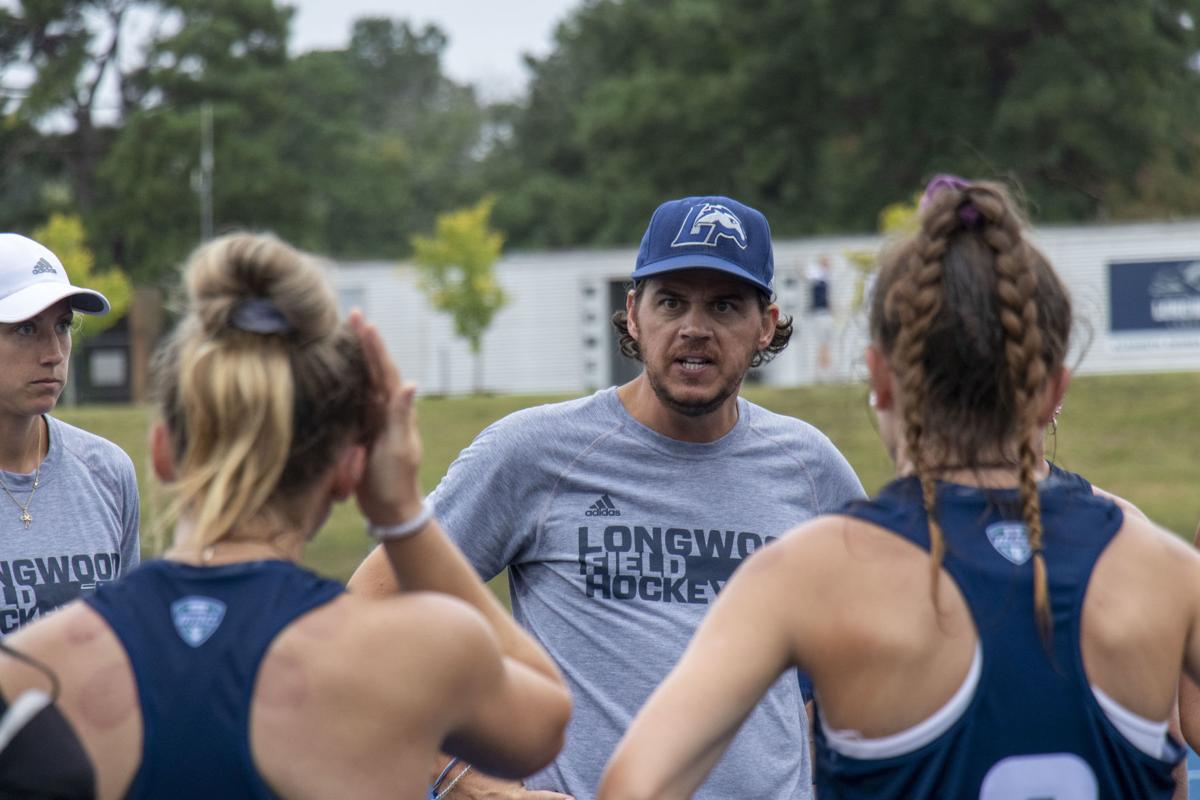 Head Coach Iain Byers readies his team during halftime of the teams victory over Merrimack College.

Senior attacker Olivia Wawrzyniak moves into the attacking third of the field in the Lancers recent win over Merrimack College.

Head Coach Iain Byers readies his team during halftime of the teams victory over Merrimack College.

At the start of every season, no matter the sport, teams endure inevitable bumps and kinks in the early stages. For Longwood field hockey and head coach Iain Byers, they are no stranger to these bumps.

Currently sitting at 3-2, Byers said the team has improved in every game, performance-wise, and has more quality than last season, but don't have the scores to back it up. The team has began to right some of those wrongs, as they are currently on a two-game winning streak.

“I think that is kind of a part of the process of the first bit of the season,” he said. “The season runs in threes, because the first third is the preseason and the first few games, then you get kind of into the regular season and then the conference season in the end.”

Now in his 12th year at the helm, Byers said the team is on track to where they want to be, but has to be more clinical in execution and grow as a unit as the season moves along.

He mentioned the team is in the process of implementing a new system of attack this season, which currently has its learning curve as the team gains more experience through practice and game repetitions. The system, Byers said, will change the structure of the midfield and also assist with moving the ball up the field to find attacking players deeper into the attacking third.

“Right now, I think when we talk about disconnect, I think that’s maybe where our bigger issue is. It’s just working out how to work off of each other,” said Byers. “It’s the first time we’ve played this system, and it’s not a massive change, but it is a big enough change that there are kinks to be worked out.”

Sophomore midfielder and captain Luna Lopez, the reigning MAC Freshman of the Year, is tied for the team lead in assists and is third on the squad in goals. Even with last year’s accolades in mind, her team-first mentality has never wavered.

“I feel I have a responsibility in a way that I am a captain, too, so it’s like I have to step up and talk with the team and everything, but when I’m going to the game it’s like I don’t think about my performance only, I think about the performance of the whole team,” said Lopez. “We want to play as a team and as a whole.”

Byers said with Lopez’s award from a season ago, matched with her pure talent, opponents will almost surely scout her, meaning others on the team can't be afraid if they are called upon in crunch time.

He said the team is growing close to the upper tier of the MAC each and every season, and the hunger for this season is undoubtable. The team will have to take each game at equal importance to find the most success, and the eventual goal of being a top two seed in the conference, according to Byers.

“I do think Miami (Ohio) and Kent (State) are probably the strongest teams, but I think everyone in the conference this year is going to be slightly stronger than they were last year and we just need to make sure we are keeping up with them and winning and doing the things we can control and doing them well,” said Byers.

Lopez echoed Byers, saying each game and the preparation in-between are of major importance for success.

“We try to give every team, no matter the rank, or if they are in our conference or not, try to give them the same importance that we will give in the semifinals or quarterfinals of the MAC Tournament,” said Lopez.

Byers admitted the team as a whole had maybe put a little too much emphasis on the Miami (OH) and Kent State contests, or found a select few other games at a more of a focal point a season ago. This season, the team needs to reflect on the positives on each contest while continuing to prepare and have a smoother transition from game to game, according to Byers.

“We can never look over a team,” he said.