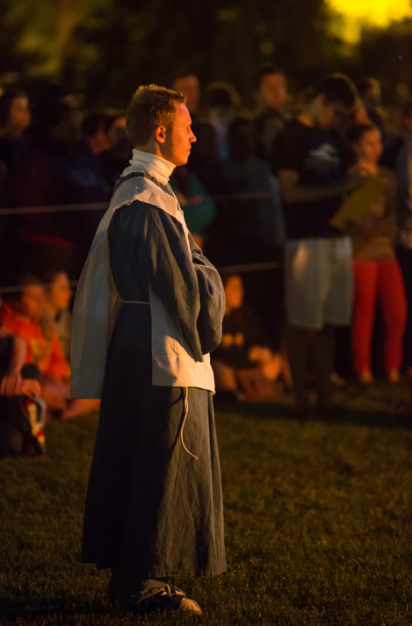 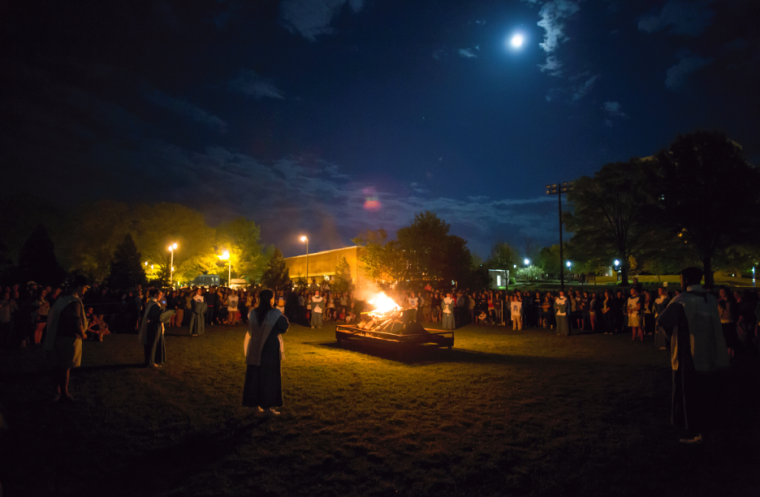 The CHI burning takes place on Iler field every spring. Senior CHI members have the choice to reveal themselves to their fellow students.

The CHI burning takes place on Iler field every spring. Senior CHI members have the choice to reveal themselves to their fellow students.

When CHI was first started in 1900, it was originally represented by the Greek letter “X,” and now, 113 years later, it remains Longwood University’s oldest service organization. In the 1970s, because of the negative connotation with the letter “X,” CHI’s symbol was changed to the symbol of the Rotunda with the four columns, which is the symbol that is still used today.

The four columns of the Rotunda represent Loyalty, Character, Respect and Challenge, which are the main ideals of CHI.

CHI’s main goal and obligation as a secret society is to maintain and withhold the spirit of Longwood University as well as promote cooperation between Longwood students, faculty and staff.

Even though CHI is a secret society, its presence is seen and heard every day on Longwood’s campus. With CHI banners hung before important or influential events on campus and blue Rotunda’s painted on the sidewalks, students are constantly reminded of the ideals and importance of CHI.

These Rotundas are forbidden to be stepped on because, if you do, you are considered to be stepping on the spirit of Longwood.

Around campus, CHI also leaves droppings that range from banners to toys and even Easter eggs. These CHI droppings are generally marked with either a Rotunda or an X and may sometimes contain a friendly message as a reminder that, though its members are secret, CHI is always watching.

Also, CHI will choose to write letters or give personal CHI droppings to students who are encouraging and promoting the Longwood spirit. But, as tradition states, by the end of a student’s senior year, all CHI droppings should be passed down to other Longwood students because the spirit of CHI and the principles of Princeps should never leave Longwood.

The Longwood community can also attend CHI Walks that are announced at random throughout the year. CHI announces the CHI Walks on banners or more commonly, by placing blue flowers on the main desk in the lobby of Dorrill Dining Hall and under the Rotunda in Ruffner Hall that tell  students when and where the walk will take place.

“I get so excited because you know that there are CHI droppings around, and I love to go and try and guess who is in CHI during the walk,” said junior Devon Johnson about his excitement whenever he finds out about a CHI Walk.

At CHI Walks, the members of CHI are completely covered from head to toe, dressed in blue and white robes with Rotundas marked all over their clothing. The members cannot see and are guided by their advisors. At the end of each school year, CHI holds its annual CHI Burning, which is when each senior member of CHI is revealed. Also during the burning, not only is the Longwood community reminded of the importance of CHI and the spirit of Longwood, but certain students, faculty and staff get commended for their outstanding contributions to the university.

Junior Dylan Roach, who recently received a CHI commendation in spring 2013, had this to say about the honor: “Getting a CHI Commendation is a very flattering feeling because it shows that everyone at Longwood sees and appreciates everything you do, even if nobody tells you. You don't have to know everybody on campus, but CHI sees everyone and knowing that the hidden eyes can see your hard work is a humbling feeling.”

Always remember that CHI is an ideal never reached – but always reached for.

Princeps is the second of Longwood’s two secret societies, and was founded in 1992. Princeps is a representation of leadership and academics, and its main purpose is to promote leadership throughout Longwood University.

Princeps is symbolized by the black crown with seven points, and its members are students who exemplify outstanding leadership in extracurricular activities that encourage supreme significance for the university. The black sevens painted on various sidewalks around campus are to remind students of Princeps’ constant and active presence at Longwood. These black sevens, if stepped on, are considered good luck to students, faculty and staff.

Like CHI, Princeps finds ways to recognize students for their leadership contributions to Longwood. Each semester, Princeps hon- ors academic success of students by placing paper sevens on the students’ doors who have made President’s List or Dean’s List.

Senior Faye LeBlanc said, "My favorite Princeps dropping is on a white cloth with an inspirational quote that represents success in the future and to encourage my potential to achieve my goals in future endeavors.”

Members of Princeps, whose membership is also kept a secret, are revealed at 7:07 a.m. on graduation morning of their senior year in front of Stubbs Residence Hall.

Together, Longwood University’s two secret societies, CHI and Princeps, help promote and encourage students to strive for the best.

These societies add to the uniqueness of Longwood University and unite the students, organizations, faculty and staff together for a common purpose.

Longwood students have proved that they belong to the nation who never forgets his hero. Read essay pro reviews to get solved your essays. The contribution of the Longwood educational institutions in nation building is not hidden from anyone.