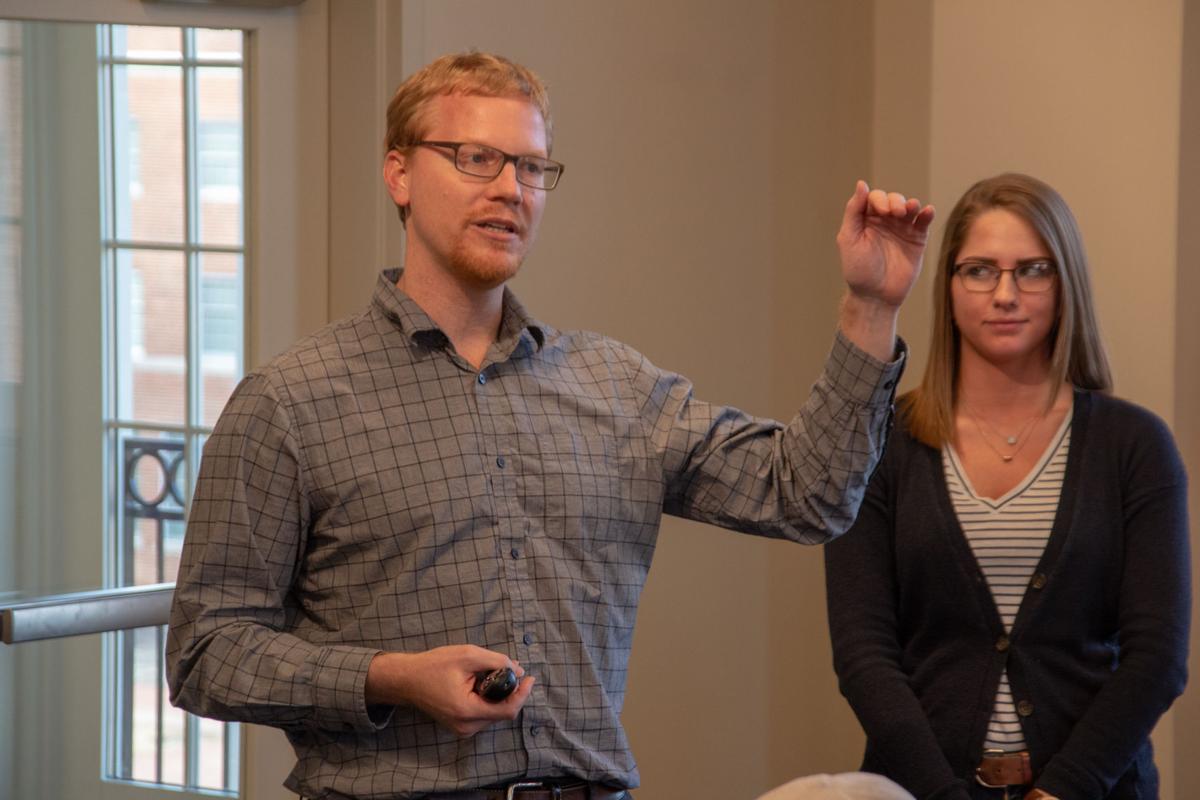 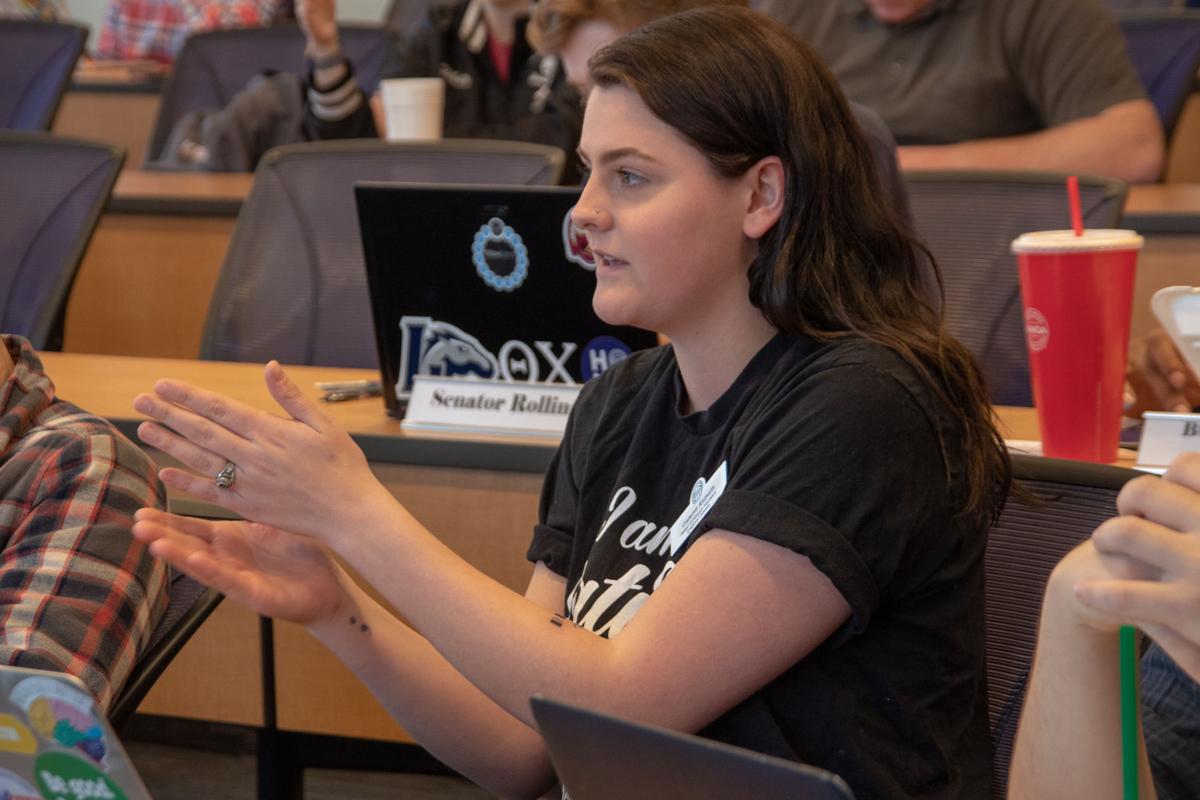 Senator Camryn Ridpath reminds SGA that the Suicide Prevention Walk is on March 30 at 11 a.m., with check-in at 10 a.m. 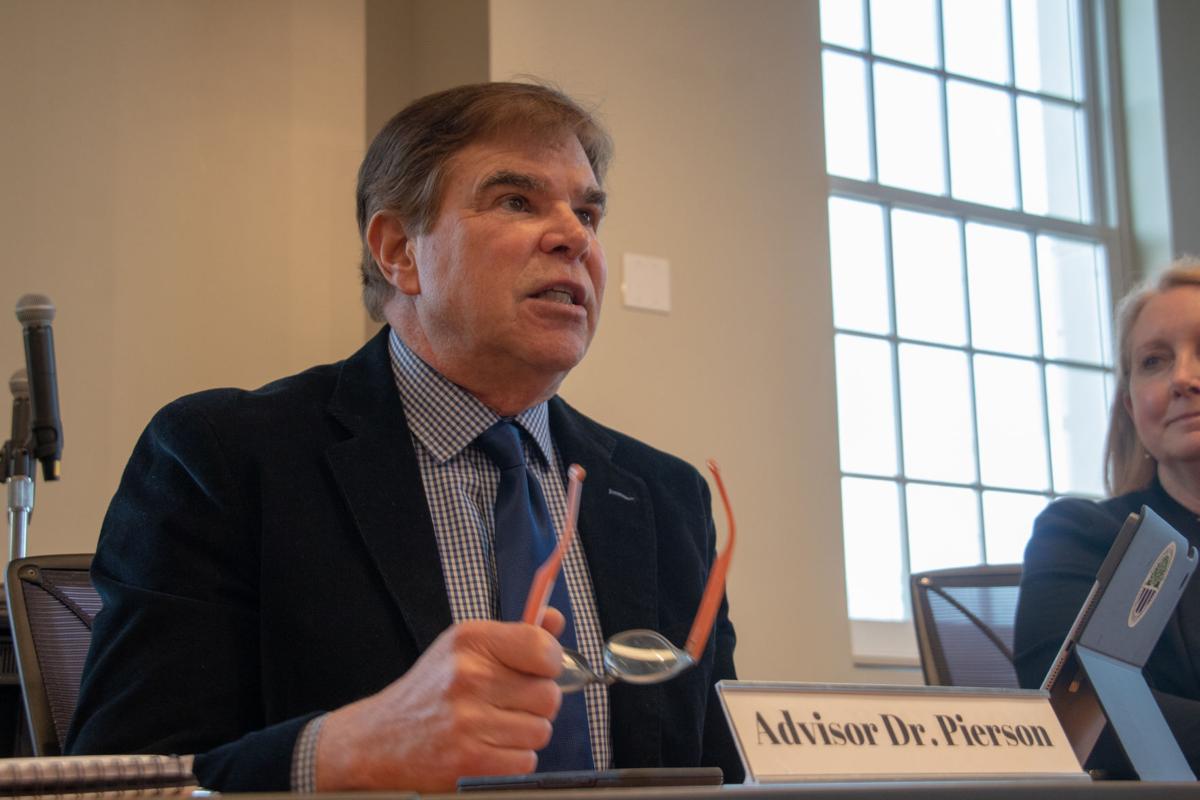 Vice President for Student Affairs Dr. Tim Pierson says that funds are currently being obtained for new security cameras that will be installed in the Longwood Village.

Senator Camryn Ridpath reminds SGA that the Suicide Prevention Walk is on March 30 at 11 a.m., with check-in at 10 a.m.

Vice President for Student Affairs Dr. Tim Pierson says that funds are currently being obtained for new security cameras that will be installed in the Longwood Village.

Ellis said the campaign is using a tactic to help students be sustainable around their peers in order to increase their commitment to the cause.

The campaign will begin Feb. 28 at 5:30 p.m. in Bedford Hall with refreshments, followed by a short video and discussion. Every person who attends the event will receive a free metal straw.

During open forum, Fraternity and Sorority Life (FSL) Representative Jessica Savas provided an update on last week's discussion on deferred recruitment, saying a resolution will be brought up including Tri-Council and Gamma Rho Lambda, hopefully in the next SGA meeting.

Senator Joseph Hyman said organizations go through a lot of cups, cans and bottles during events on weekends and asked if there could be a place or program instituted for students to recycle.

Director of Landscape and Grounds, Sports Turf and Sustainability David Love said there is a building behind Hiner and Coyner Halls which is open to the general public to recycle plastic, paper and cardboard.

Senator Camryn Ridpath announced there will be a Suicide Prevention Walk on March 30 with donations going to the American Society for Suicide Prevention. Ridpath said she hasn’t seen Longwood take a stand on the issue until this point in the year. Check-in time will be 10 a.m. with the walk beginning at 11 a.m.

A motion was passed to place a Sports Club Council (SCC) representative on the Senate board. A vote will go to the student body to make the move official.

Freshman Class Representative Payten Bovat said she would like to see ice machines placed in dormitories. President Josh Darst said he would contact Director of Residential Programs Monique “Moe” Bates on the issue.

During the advisers' report, Vice President for Student Affairs Dr. Tim Pierson said “a pretty substantial upgrade” will be coming soon to the Longwood Village with security.

Longwood University Police Department (LUPD) Chief of Police Col. Robert Beach said there will be a “phase process” after speaking with Interim Vice President of Administration and Finance Louise Waller.

According to Beach, adding cameras and three additional blue phones and moving the existing one is in the works.

Beach noted the process will not happen overnight and hopefully by the time students return from spring break, things will already be underway.

Senator Cameron Roblewsky provided an update on the Outdoor Education Minor, saying she is taking some of the minor’s representatives to meet with Department Chair & Health and Physical Education Graduate Program Director Dr. Mike Mucedola to have a conversation and generate ideas.

Roblewsky also said the group is working for a proposal to Faculty Senate to express their feelings on the issue.

Autumn High was sworn in as a senator.

The next SGA meeting will be Tuesday, March 12 at 3:45 p.m. in the Wilson Chamber located in Upchurch University Center.