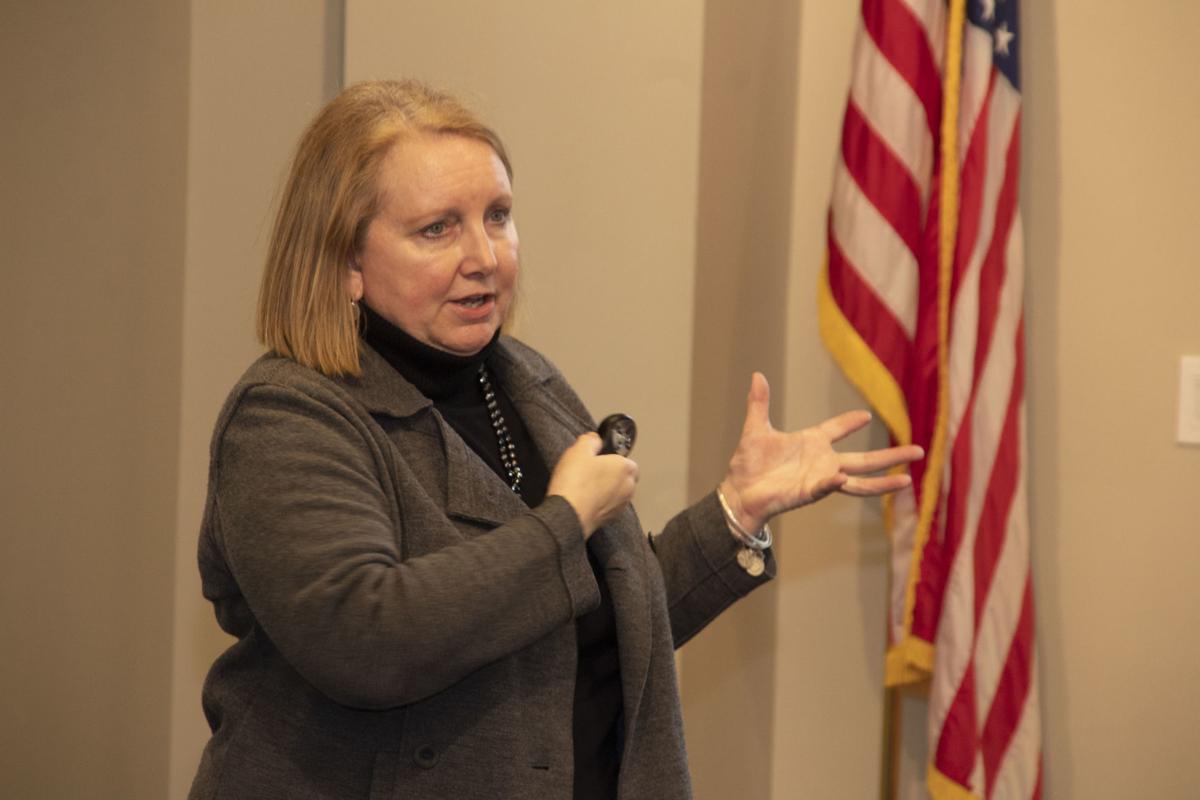 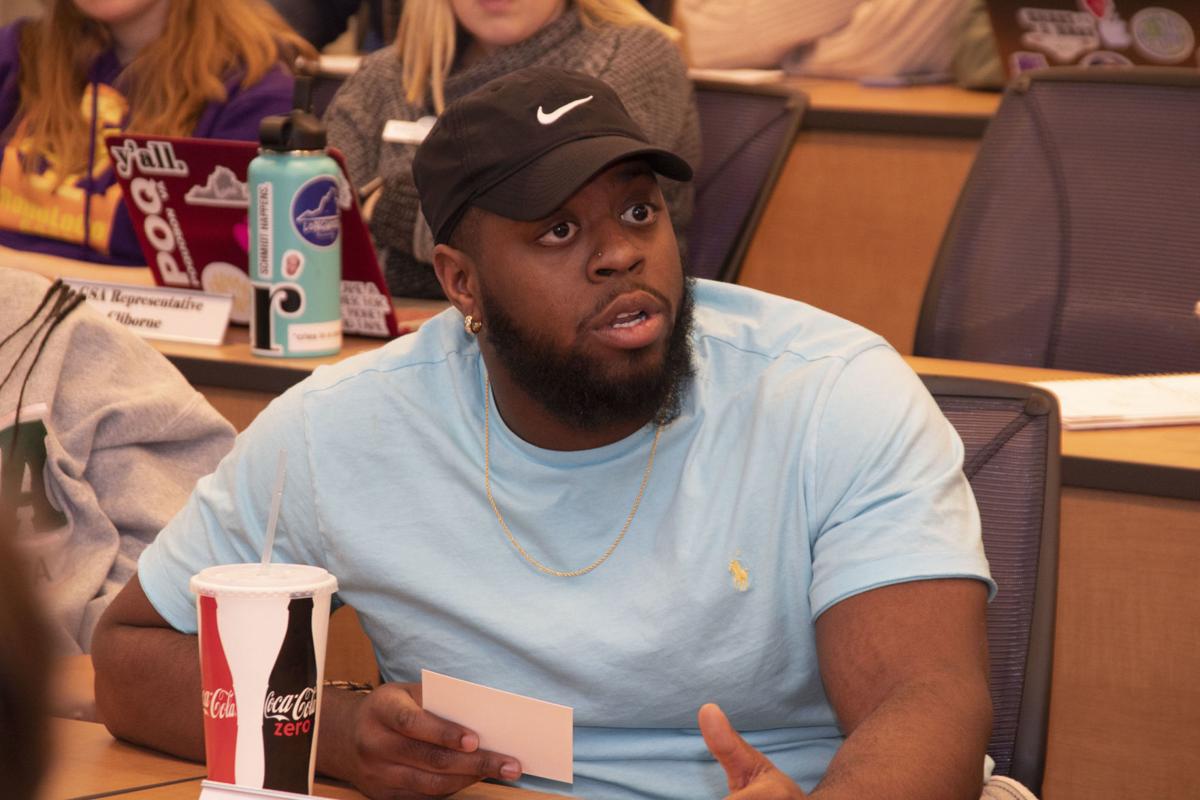 Senator Cecil Hayes II tells SGA that he was making a fundraiser to put towards more security cameras on campus.

Senator Cecil Hayes II tells SGA that he was making a fundraiser to put towards more security cameras on campus.

Dean for Student Engagement Cheryl Steele presented the leadership model which is shaped like a rotunda with a base, three pillars and a dome. Each section features different leadership qualities. The base is understanding self and others, the three pillars feature communication, professional skill development and intercultural understanding, while the dome asks for civic engagement.

In open forum, Senator Cecil Hayes II said he was in the process of forming a fundraiser to supply more security cameras on campus.

President Josh Darst said the Longwood Real Estate Foundation had a meeting on Feb. 20, and the issue of the cameras was to be a discussion point.

Pannell asked if money could be given to the effort on Longwood’s Day of Giving.

Darst replied saying it was probably too late to create an account, but the issue could be run through SGA.

Director of Landscape and Grounds, Sports Turf and Sustainability David Love said when he first arrived, Longwood only had around five cameras and now there are at least 100 or more.

In response to students having knowledge of the security cameras, Pierson cautioned this request by saying in the past, perpetrators were aware of the camera locations and knew where they could go without being identified, giving context to the white nationalist flyers surfacing on campus in the fall.

Hutchinson proposed Longwood should remove the 12 credits required to participate in an IFC or CPC organization.

Hutchinson said being a member of an IFC or CPC organization would help freshmen get on track and give a support system for new students.

Murray said another issue is  non-Greek members are living in the parts of the halls funded by chapters.

Executive Secretary Chyanne Correa asked if joining a Greek life organization could be a distraction from students’ academics.

Murray responded by saying she didn’t think it was a distraction, since students can take leadership roles in any other organization.

Hutchinson said there is a six-week new member process including library hours.

Jackson said Longwood’s National Pan-Hellenic Council (NPHC) currently has zero members, while Sigma Gamma Rho only has one member. He stated in their national constitutions students cannot be accepted unless they have the first semester of experience.

Pannell said the groups should be cognizant of collateral damage caused to NPHC, as according to her, the organization is dying.

During the president’s report, Darst said that Residential and Commuter Life (RCL) identified a few different reasons for water quality issues brought up in a past meeting. Students may have their own irritations leading to water issues, and problems with a water line were found.

Darst said the proper authorities were notified and the water system is being evaluated.

Jessica Savas was sworn in as Fraternity and Sorority Life representative.