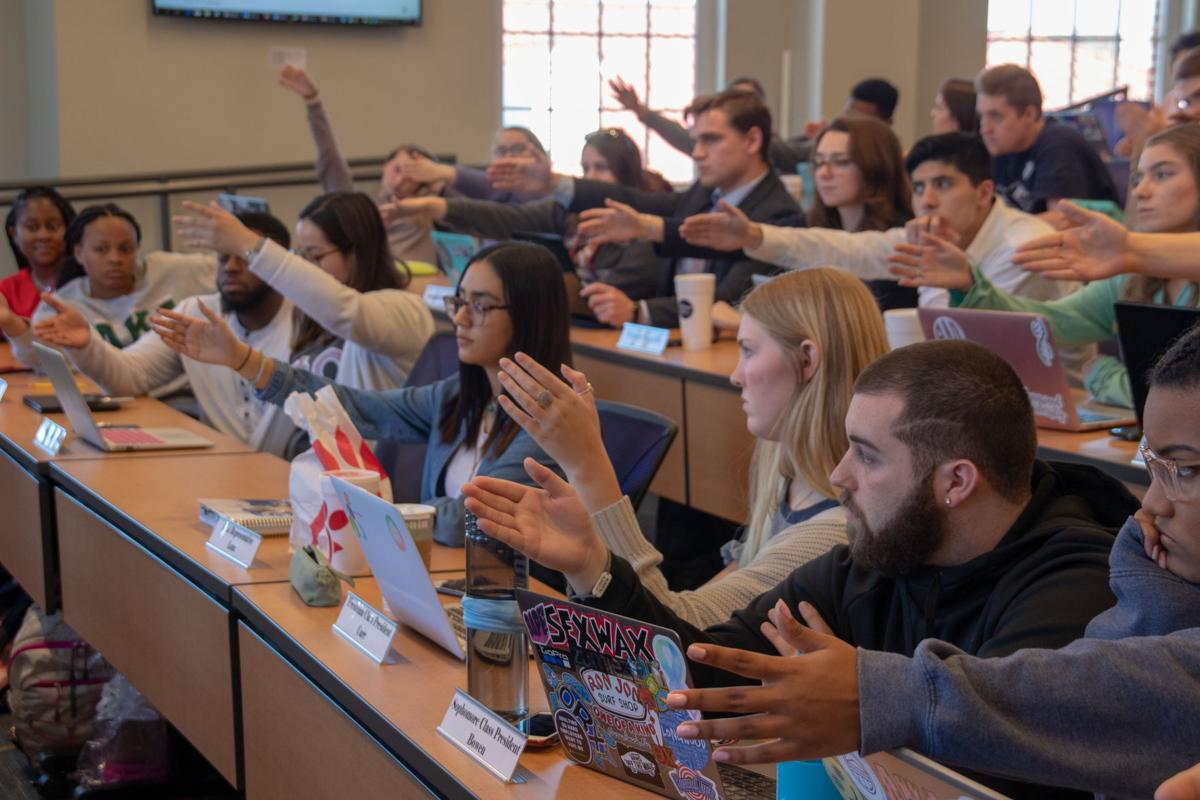 The Student Government Association (SGA) votes to get rid of deferred recruitment in fraternities and sororities within the College Panhellenic (CPC) and the Interfraternity Council (IFC). 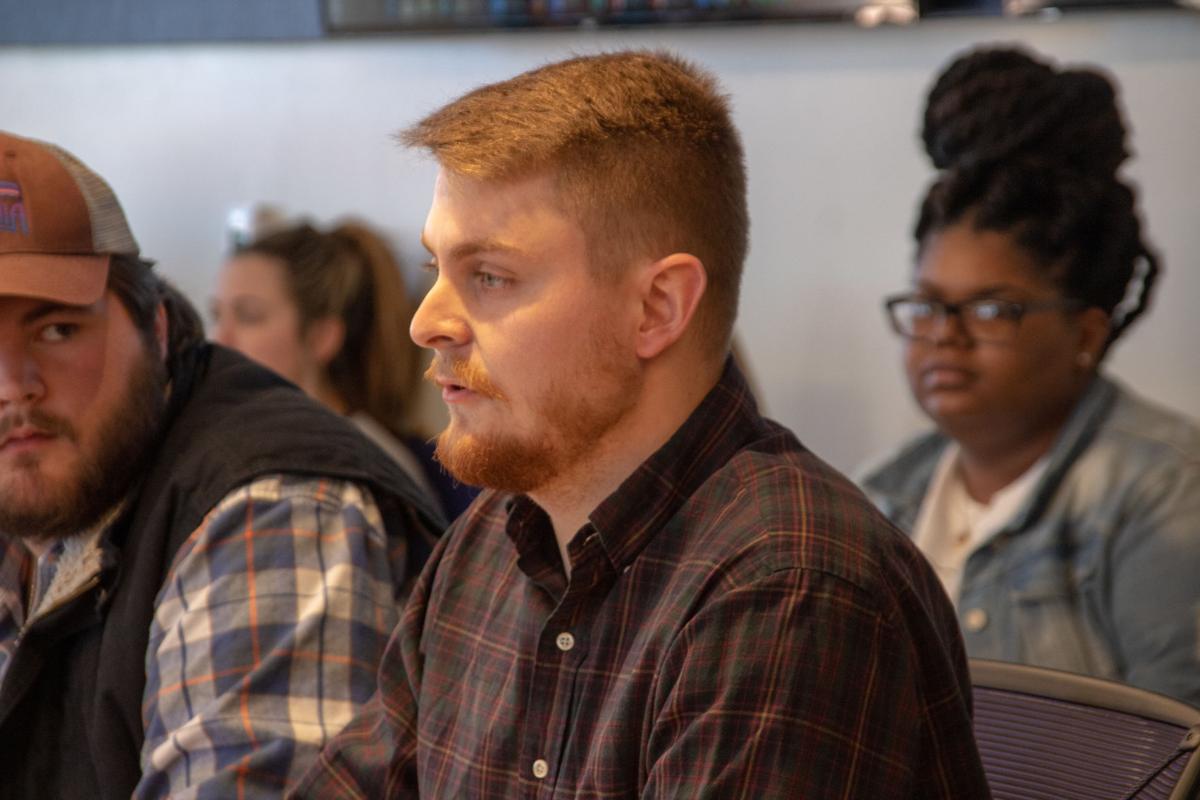 President of the Interfraternity Council (IFC) Josh Hutchinson clarifies that the resolution wouldn't go into effect until the 2020-21 academic year.

In this week’s Student Government Association (SGA) meeting, there was another discussion about dissolving deferred recruitment in fraternities and sororities within the College Panhellenic Council (CPC) and the Interfraternity Council (IFC).

Webmaster Mason Patrick moved to amend various wordings in different sections of the resolution, while Fraternity and Sorority Life (FSL) Representative Jessica Savas moved to put all of the crucial data at the bottom of the resolution within its own section. Both motions were passed.

President Josh Darst reminded senate to focus on the “actual message” of the resolution instead of the grammar in it. Darst added the content is more important to Faculty Senate than the grammatical uses.

Senator Jalyn Jones said she believes it is hard for SGA to represent the entire student body through the proposed resolution because there are a lot of members of senate who are part of Greek life, making it “bias”.

Junior Class President Haleigh Pannell responded by saying no students should be “punished” just because they are in Greek life.

Courtney White, president of Sports Club Council, clarified what Jones meant by saying her statement was a reminder to consider all of the student body and not just the Greek organizations SGA members may also be a part of.

In the gallery, President of IFC and Treasurer of Theta Chi Josh Hutchinson told SGA the decision will be delayed to the 2020-21 academic year after talking with Vice President for Student Affairs Dr. Tim Pierson and Longwood University President W. Taylor Reveley IV.

Hutchinson added faculty have been interested in the resolution, so the decision to delay it is needed to "keep the conversation going".

During open forum, Senator Garrett Reese brought up a traffic issue in the parking lot between Upchurch University Center and Stevens Hall, saying there is an issue with too many cars trying to get in and out at the same time.

Senator Joseph Hyman discussed concerns surrounding several cases of Aramark staff being reprimanded by managers in front of tours. He said that gives Longwood a “bad image” to prospective students.

Senator Camryn Ridpath said she would bring up the concerns at the next Dining Committee meeting.

Ridpath also said there have been complaints of the doors being excessively heavy in academic buildings such as Ruffner Hall. She added it is hard for people with disabilities to open these doors.

Vice President Catherine Swinsky said last semester she looked into the issue at the Longwood Landings and reported it is a safety feature.

Darst suggested Ridpath go to the Office of Disability Resources on the issue.

Women in STEM was approved to be a new student organization on campus.

The next SGA meeting will be Tuesday, April 2 at 3:45 p.m. in the Wilson Chamber located in Upchurch University Center.

I feel some kind of happiness whenever I see the unity of students. I really appreciate the Student Government organization. Source https://good-name.org/11-lessons-on-how-to-find-writing-abilities-from-stephen-king/ is great in knowledge. This organization has realized the students what are their basic rights which is a pretty good sign.