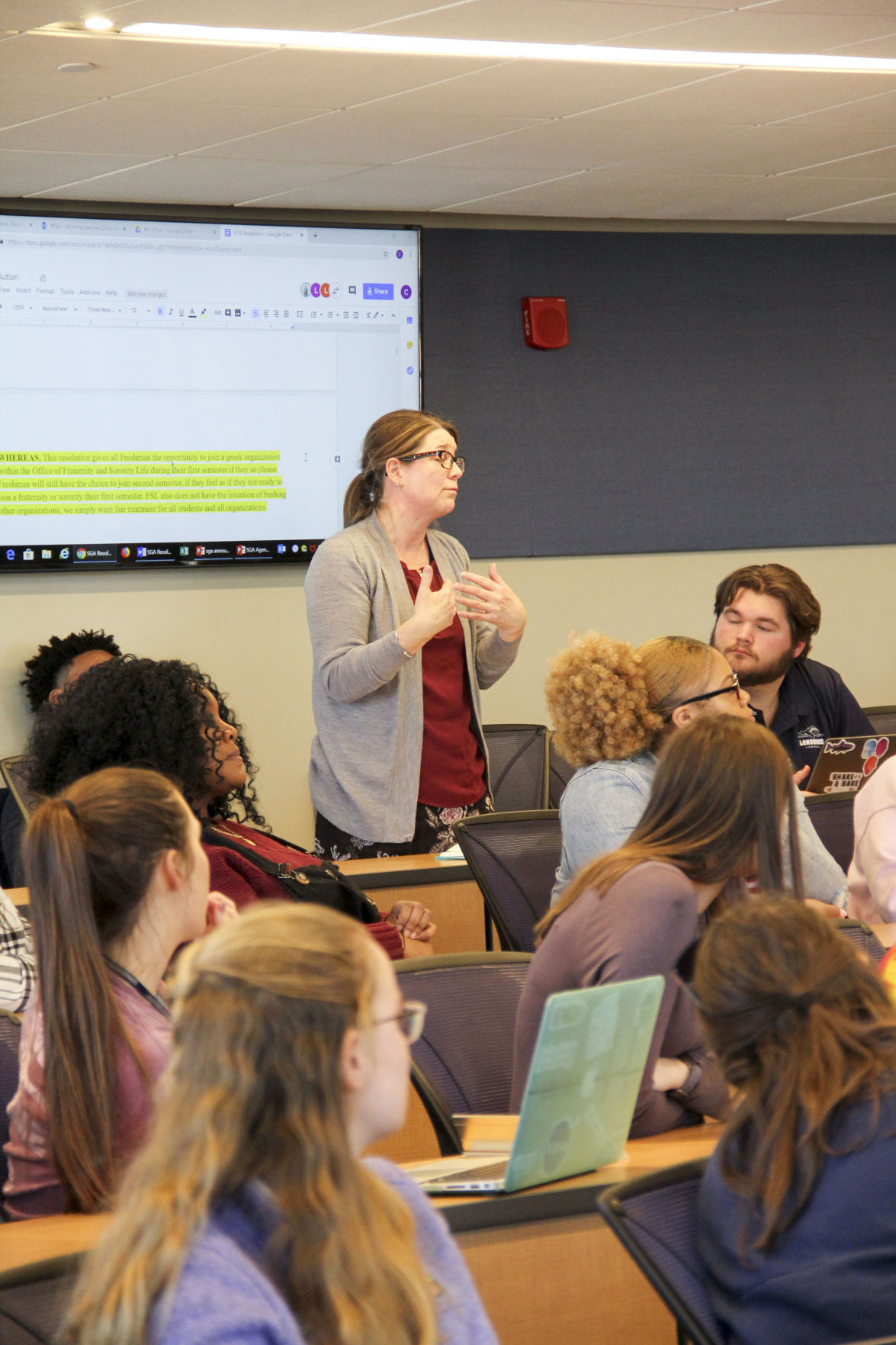 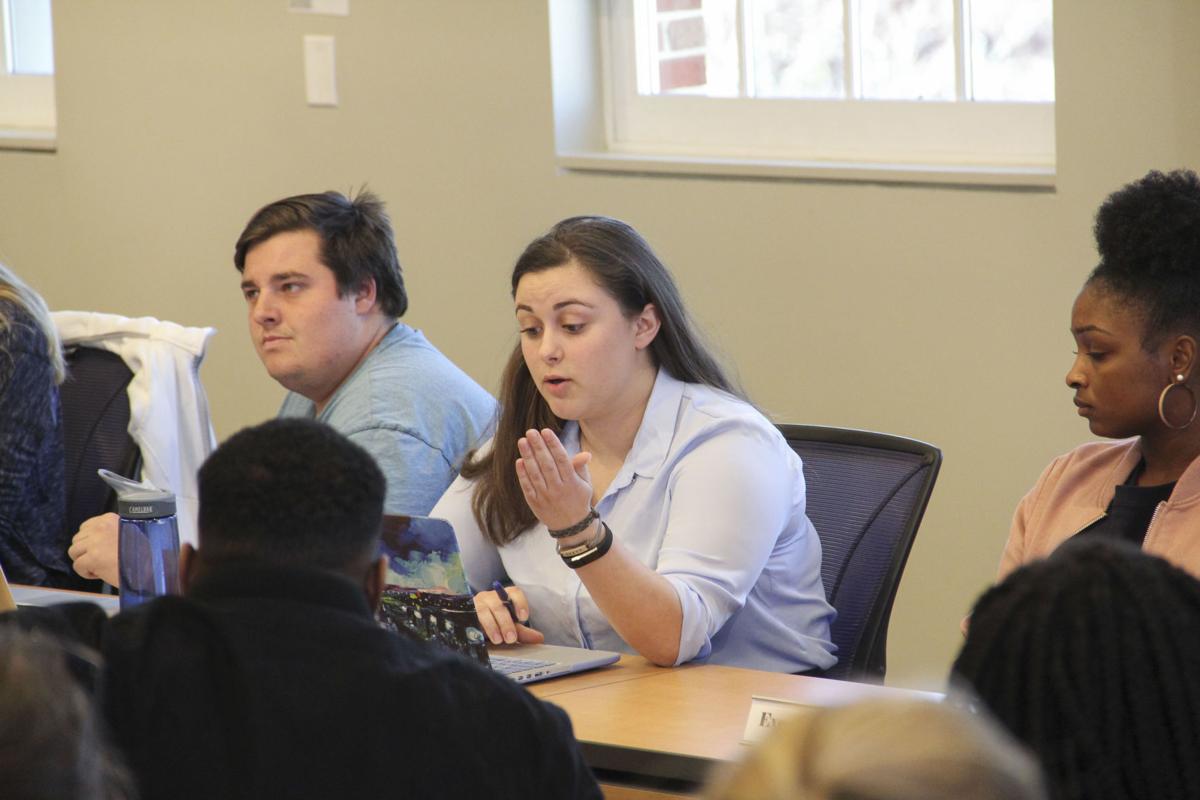 Treasurer Emily Moran wanted to move the testimonials section of the proposal to the bottom to give students the opportunity to read them if desired.

In this week’s Student Government Association (SGA) meeting, there was a continued discussion on potentially dissolving deferred recruitment by Fraternity and Sorority Life.

Changes to specific wording were made in addition to the names attributed to different testimonials given in the proposal, among other changes.

President Josh Darst started by saying he wanted to strike all testimonies excluding statements in support of the Tri Council or Gamma Rho Lambda, citing pertinence to the administration.

Treasurer Emily Moran asked to move the testimonials to a bottom section titled “data”. Moran said people would still be able to read them, and it would not make the document as long to read.

The SGA approved the proposal.

Fergeson appreciated the time and research put in on the proposal but wanted to see further research and exploration.

“I am committed to continuing the conversation and working with you all and with faculty and with Dr. Pierson and President (W. Taylor) Reveley (IV) on thinking through this issue together,” said Fergeson.

After a vote to elaborate on what a “Greek” organization means in the proposal, the motion was passed.

SGA passed a motion to table the discussion until next week’s meeting after a long discussion.

The next SGA meeting will be held on Tuesday, March 26 at 3:45 p.m. in the Wilson Chamber located in the Upchurch University Center.