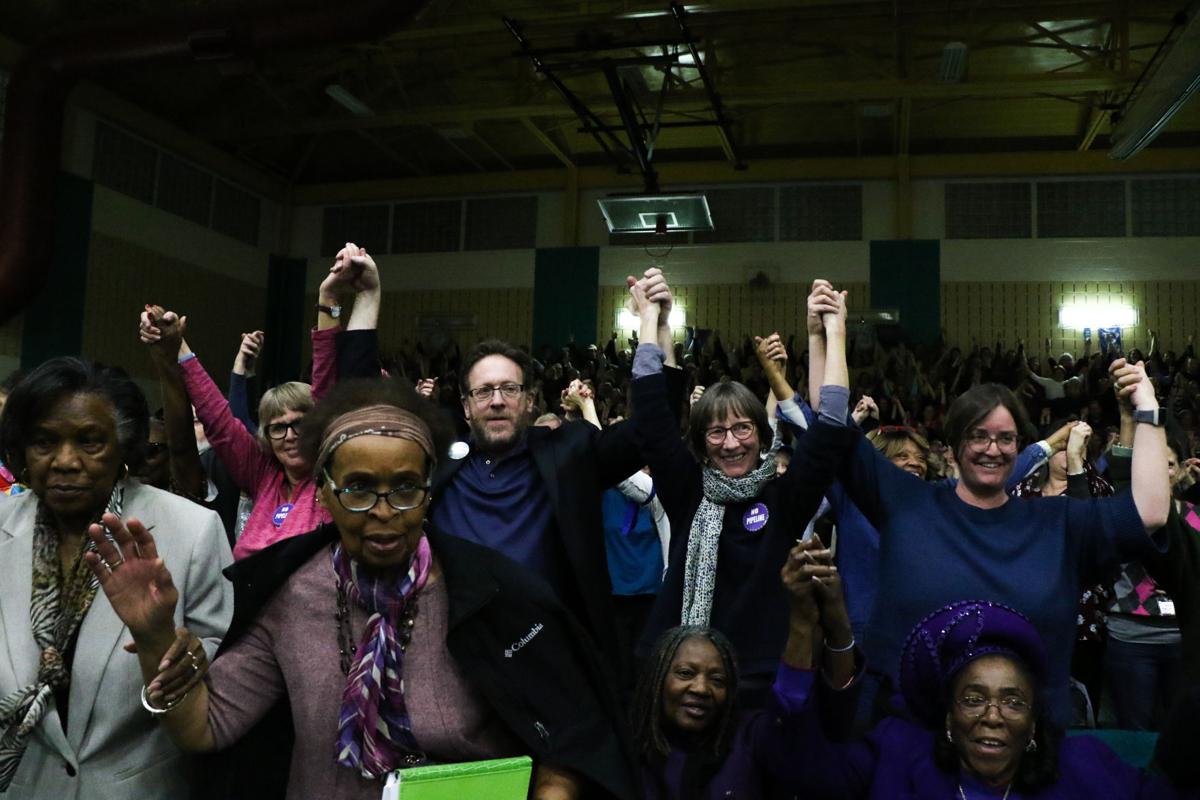 The crowd cheered after Gore spoke about the compression station and how Union Hill wasn't the right place to build it. 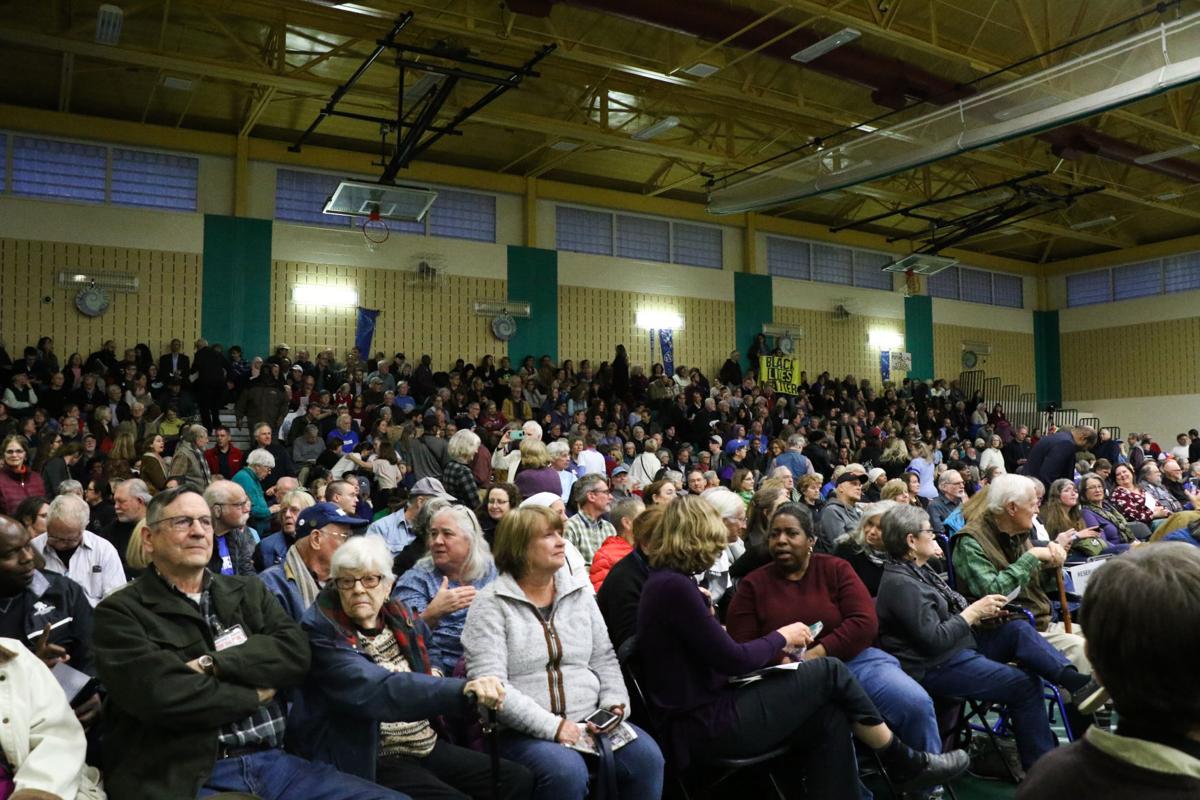 The Buckingham County Middle School gym was packed with residents in opposition of the second of three compression stations proposed to be built in Union Hill. 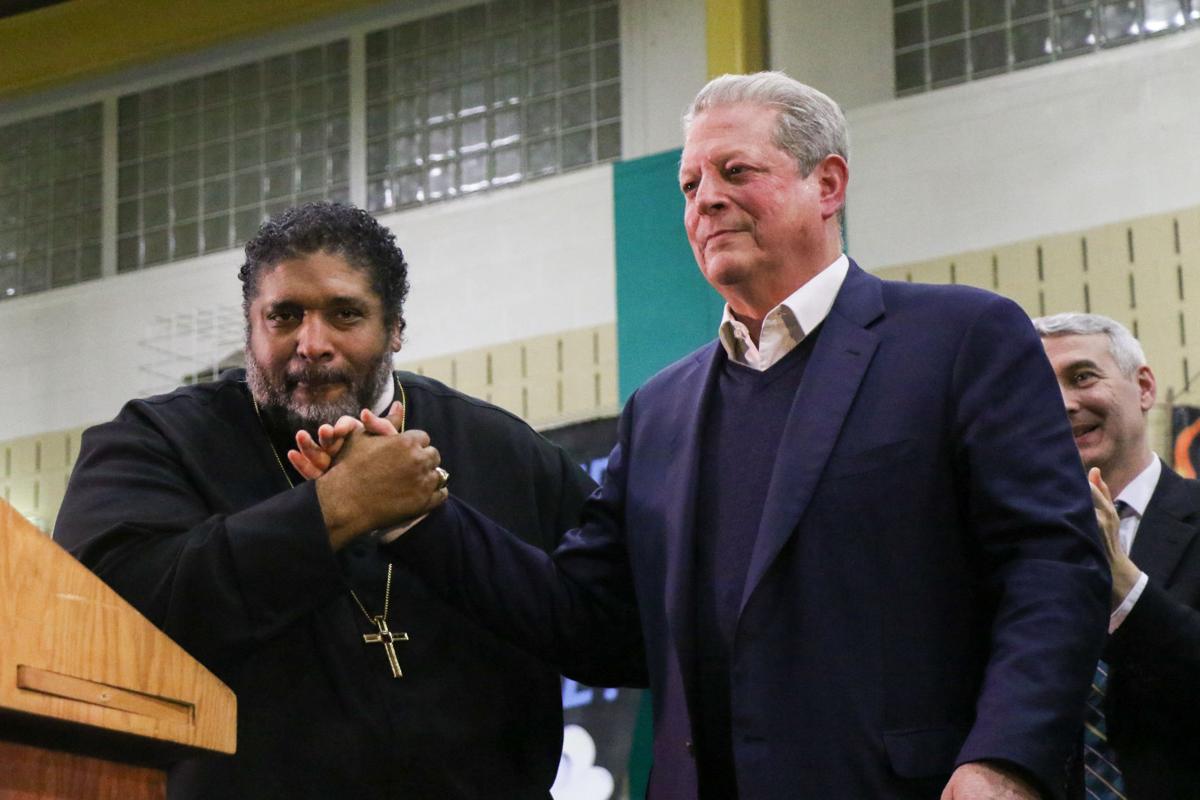 Reverend Dr. William Barber II, president of Repairers of the Breach and co-chair of the Poor People’s Campaign: A National Call for Moral Revival and Al Gore, former vice president and now founder and chairman of the Climate Reality Project disapproved of the compression station in Union Hill calling it "scandalous" and "reckless". 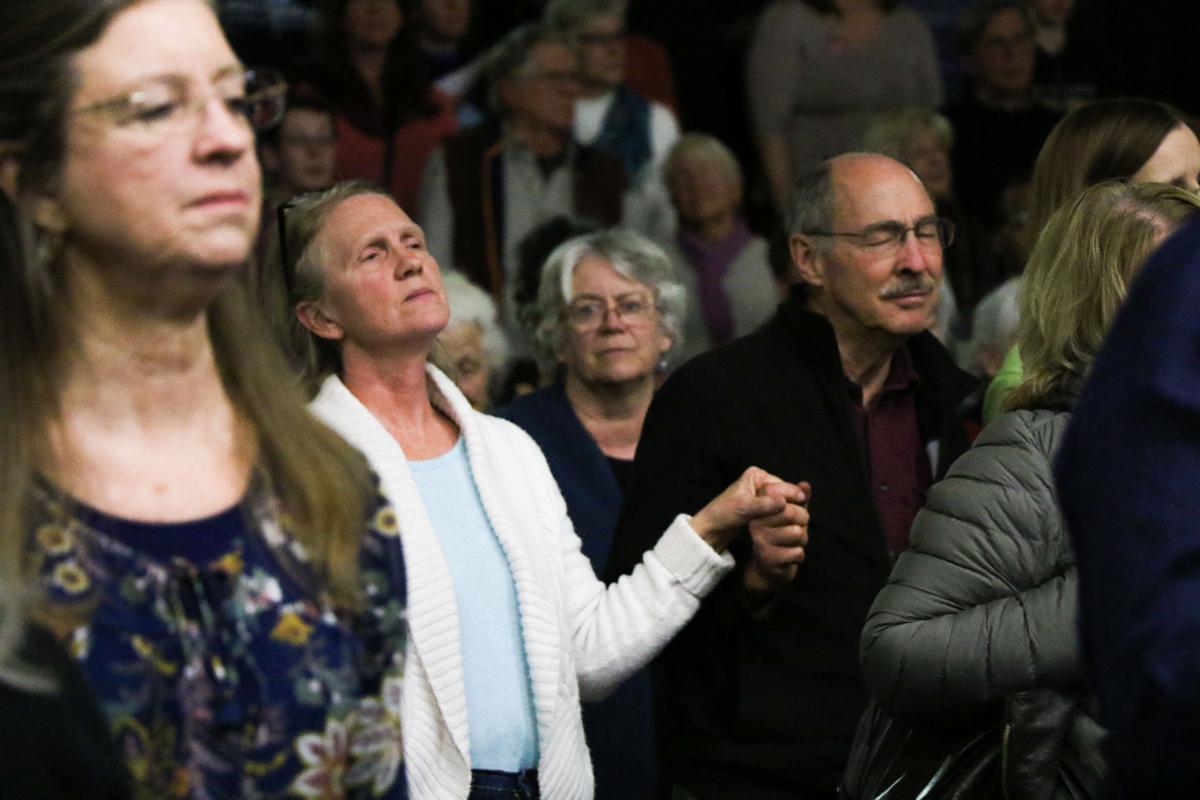 During the rally, Yara Allen, lead theomusicologist of Repairers of the Breach, led the crowd in songs including "This Little Light of Mine".

As one of the three compression stations proposed to serve the Atlantic Coast Pipeline (ACP), Union Hill has seen a lot of controversy from the Buckingham County community since the site was purchased in 2015 for $2.5 million by Dominion Energy, Duke Energy, Piedmont Natural Gas and Public Service Company of North Carolina.

The selected second compression station site sits on a 68 acre site located on the northern side of Virginia Route 56, according to the ACP website.

The State Air Pollution Control Board voted 4-0 in early January of 2019 approving the permits for the natural gas compressor after delaying the vote in November. Less than a week before the vote in November, Governor Ralph Northam removed two members of the board who voiced concerns in relation to the impact on the predominantly minority community.

The ACP, ranging over 600 miles in total from West Virginia to Virginia to North Carolina, needs compression stations in order to maintain pressure to keep the gas at a consistent flow rate in order to provide energy, according to the ACP website.

After much controversy, the Buckingham community gathered in Buckingham County Middle School on Tuesday, Feb. 19 to show disapproval for the compression station in Union Hill as well as the ACP in general.

As the two main speakers of the event, both Reverend Dr. William Barber II, president of Repairers of the Breach and co-chair of the Poor People’s Campaign: A National Call for Moral Revival and Al Gore, former vice president and now founder and chairman of the Climate Reality Project gave testimonies at the event.

“We are not gonna let this happen in the dark,” said Pastor Paul Wilson of the Union Grove Missionary Baptist Church in his opening remarks.

As to how much the pipeline is going to cost, David Neal, attorney at the Southern Environmental Law Center and board of directors of repairers of the breach, said the cost has increased from about $4.5 billion to about $7 billion and still remains unclear.

Barber called the compression station is scandalous and irresponsible.

John W. Laury, a farmer in Union Hill, brought up the agricultural impact the pipeline could have.

“We live in an agricultural area where we raise crops, dairy cows, goats and chickens,” said Laury.

According to Dr. Irene Ellis Leech of Virginia Tech and owner of Mt. Rush Farm in Buckingham, the property many residents of Buckingham County has is the most valuable asset they have.

“If something goes wrong we could lose everything including our lives,” said Leech.

Gore said the noise level of the compression station could interfere with nearby residents’ sleep and school performance.

“This is a reckless and racist rip off,” said Gore, regarding the compression station in Union Hill.

Gore emphasized the injuries and deaths there have been the U.S. associated with pipelines and compression stations.

Concluding the event was a call to action by Rebecca R. Rubin, environmental consultant and former Air Pollution Control Board member with Ruby Laury, Kathie Mosley, and Marie Gillespie, all allies of A Moral Call For Ecological Justice in Buckingham.

“The stage has already been set for the dying planet, we are all suffering, we need politicians in the commonwealth whether they’re left or right or center to begin by being honest about the collapse of the environment and what we can do about it,” said Rubin.

Buckingham County is not giving the proper rights to the its people therefore this massive protest came out against it. You can learn more on bestbritishwriter.com/ukwritings-com-review/ source. I think government should take this issue seriously so as to get them calm.