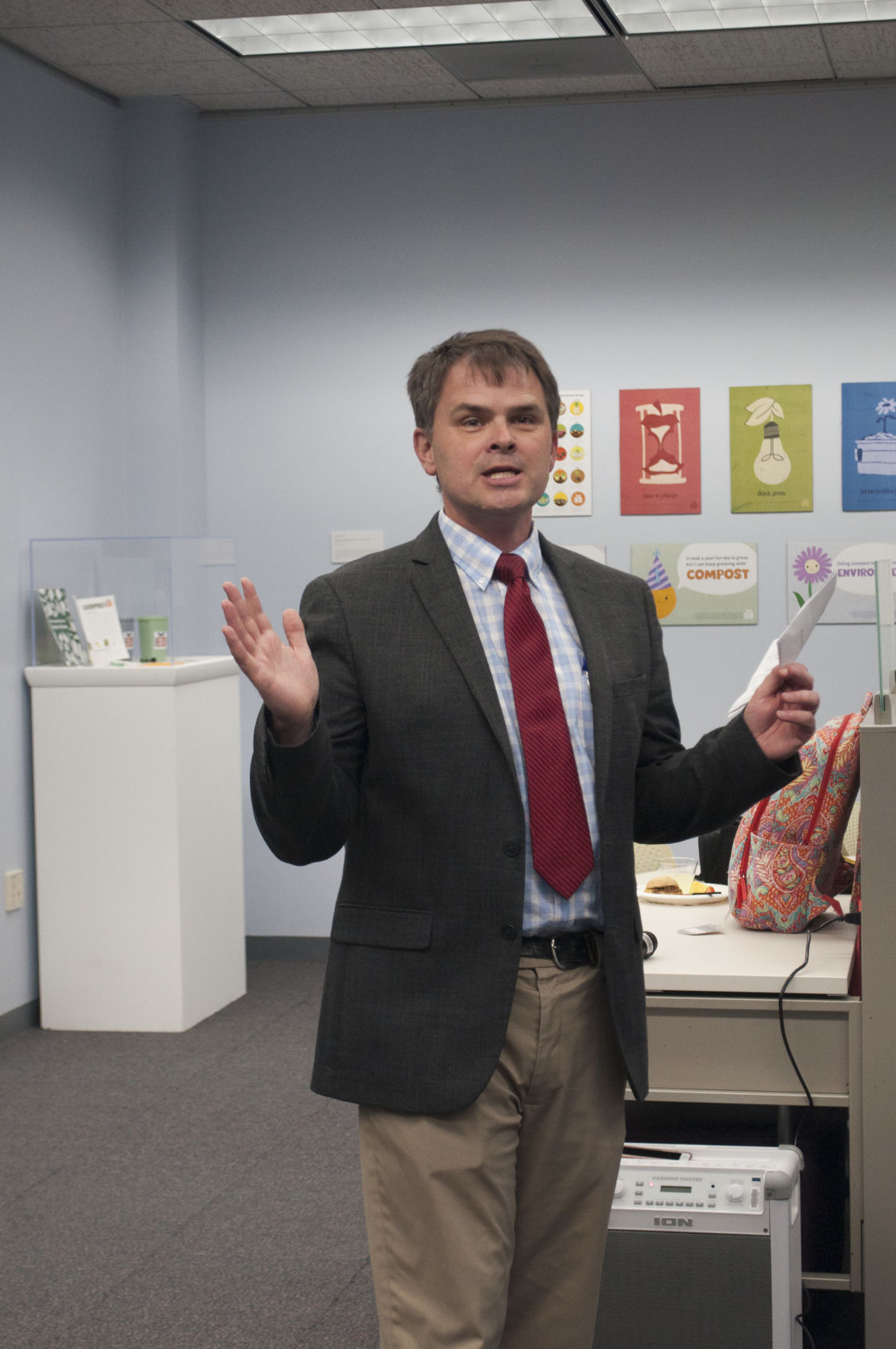 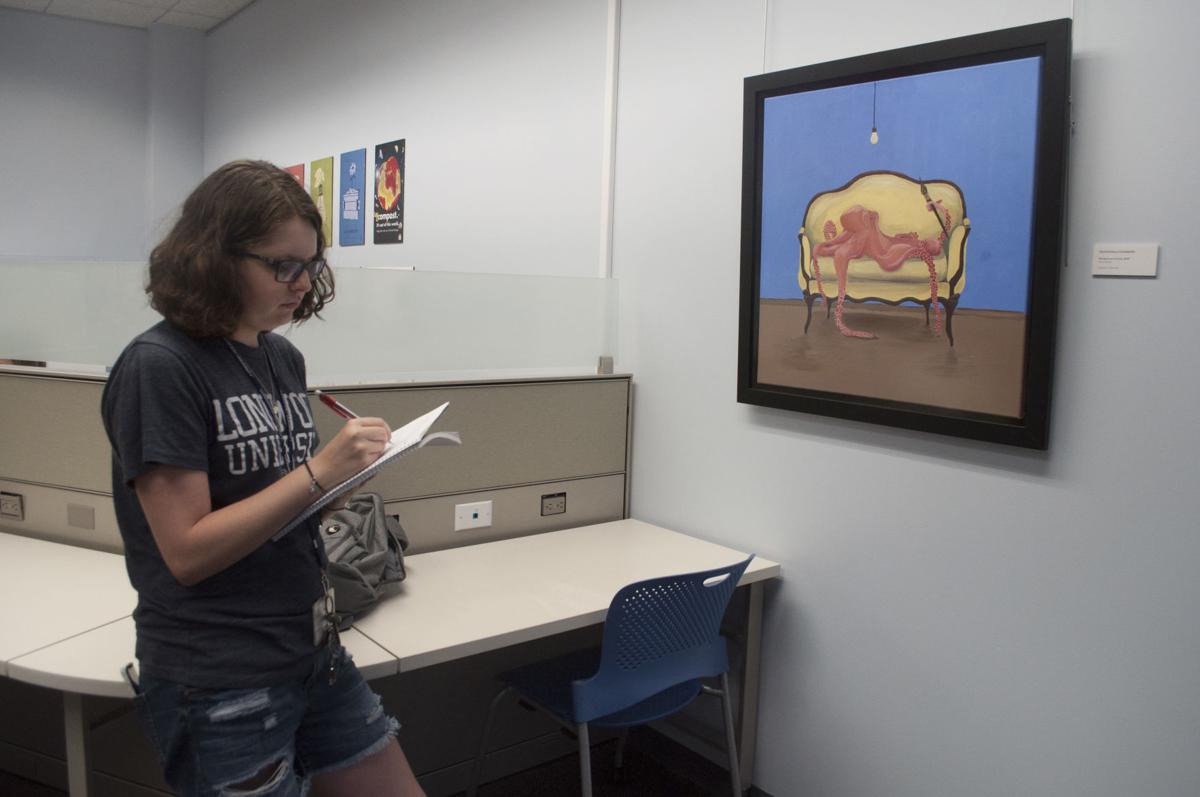 Students took notes on the artwork during the talks. The artists gave tips on how they were inspired, and how they worked through issues creating the pieces.

Students took notes on the artwork during the talks. The artists gave tips on how they were inspired, and how they worked through issues creating the pieces.

On Thursday, September 26, 2019, faculty members of the library and various art students gathered at the Greenwood art gallery to see the art work of juniors and seniors at Longwood University.

Brent Roberts, the dean of Greenwood Library, began the gallery by quoting the library’s motto: “Celebrate Curiosity”. Then, he congratulated the participants for receiving the Student Art Award this year.

Meagan Martz, administrative assistant to the dean, helped to host and set up the event.

When asked about what students are given with the Student Art Award, she stated, “They receive a $200 check, a certificate, and their art is displayed in the library for one year. The Student Art Award has been given out since 2017, so this is the third year that art students have received the award. The new applications for the fourth year will be available in the spring.”

She then went on to describe the process of selecting the pieces in this year’s exhibit: “We have an application that we give to the Art Department and interested students will pick it up. The junior show is in Bedford. The senior show is in the Longwood Center for the Visual Arts (LCVA).”

Two senior art students, Francesca Chambers and Natalie Byers, briefly discussed what influenced their work and the materials used to create them.

One of Byers’s pieces, Jungle Walk, was created using digital pigment print and shows a green-haired woman surrounded by jungle leaves in various shades of blue.

During her discussion, , but different people told her that they thought of the woman as a fairy.

Her other work called Self Inspiration was displayed through a TV in the library, because it was made from storyboards and digital editing. She mentioned that this work was inspired by music she likes in addition to other things that influence her art.

Chambers later commented on her two pieces in the exhibit, both of which revolve around the octopus. One was a painting with a self-explanatory title, Octopus on Couch, showing an octopus on a yellow couch holding a paintbrush.

The second work called Alien Arms presents an oceanic background with dark blue bubbles and an oval full of octopus tentacles in the center.

She explained how this work was made as a project that required her to use a large amount of different materials including string, glitter, acrylic, clay, and puffy paint on canvas.

When talking about the inspiration to use an octopus, Chambers noted that they are her favorite animal. She then added, "I think they have such unique physical traits, and they are represented in different cultures as intelligent, flexible, and creative that I relate to in a way.”

Every student involved has a unique theme to their work as well as a different approach in terms of material use. However, they are united by the application process to achieve the Student Art Award in addition to dedication.

Chambers mentioned, “You have to be in the art show junior year. You have the option to pick the pieces that you want to be in it, and these were interesting pieces that people gravitated towards and that’s what lead to my process in the show.”

As upperclassmen at Longwood, the students appeared to have a humble sense of pride when discussing their hard work.

She then added, "the content and the materials I used inspires me even more to make art and even with my senior project, it’s exciting. It’s like a new step in my artist career that will hopefully set me up after.”

All of the art work in the gallery is displayed in the upstairs Quiet Study Room section of the library.