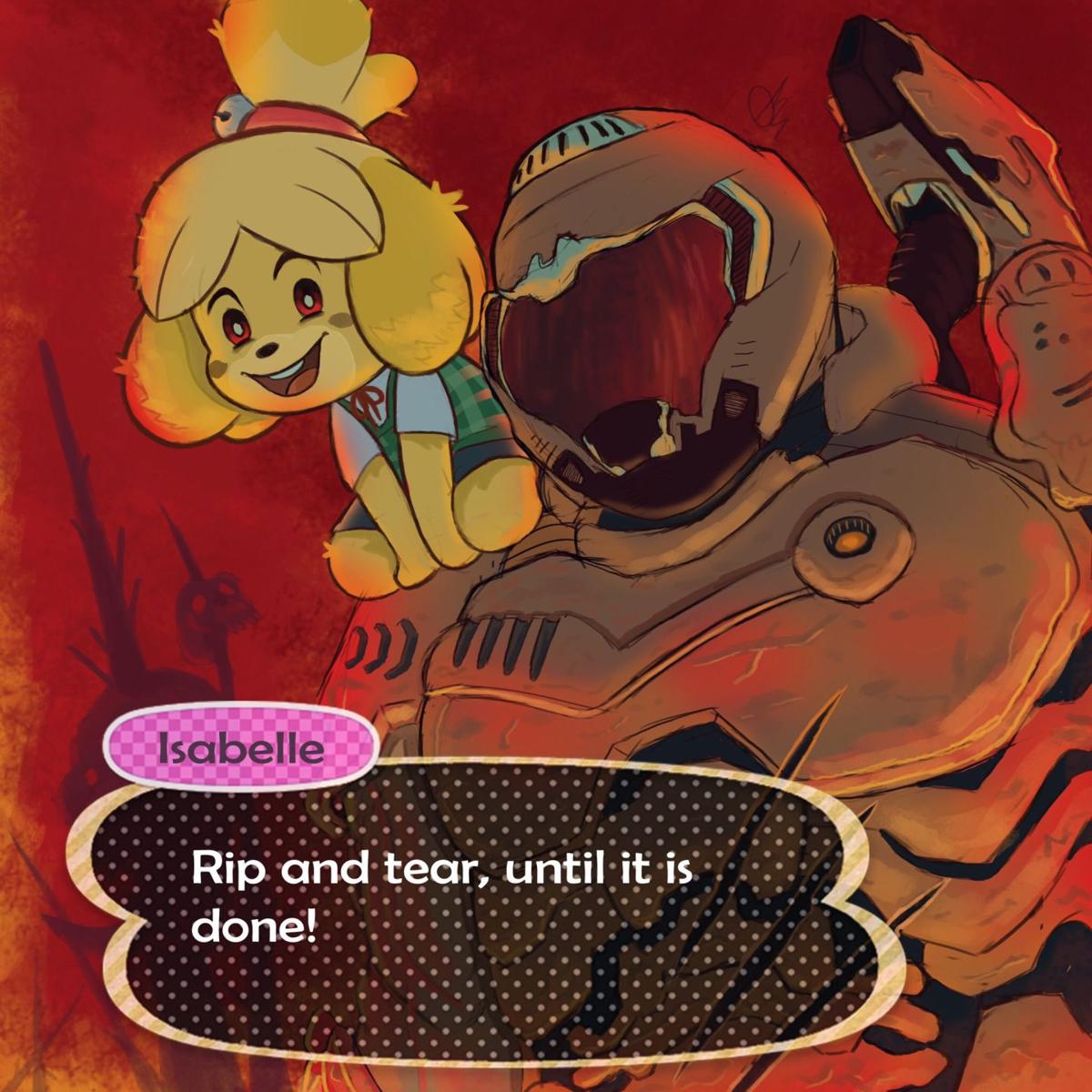 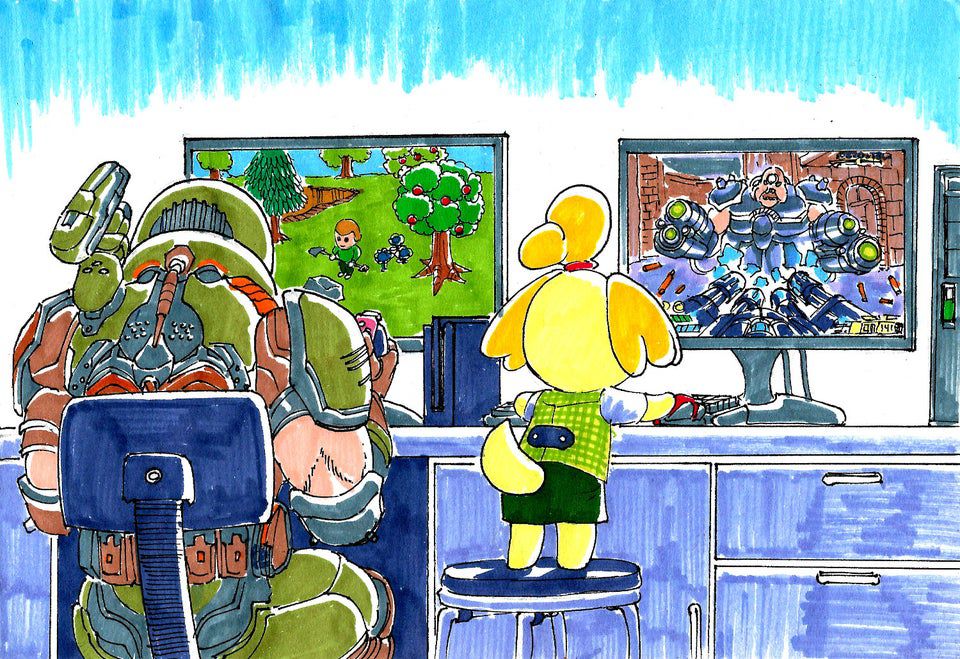 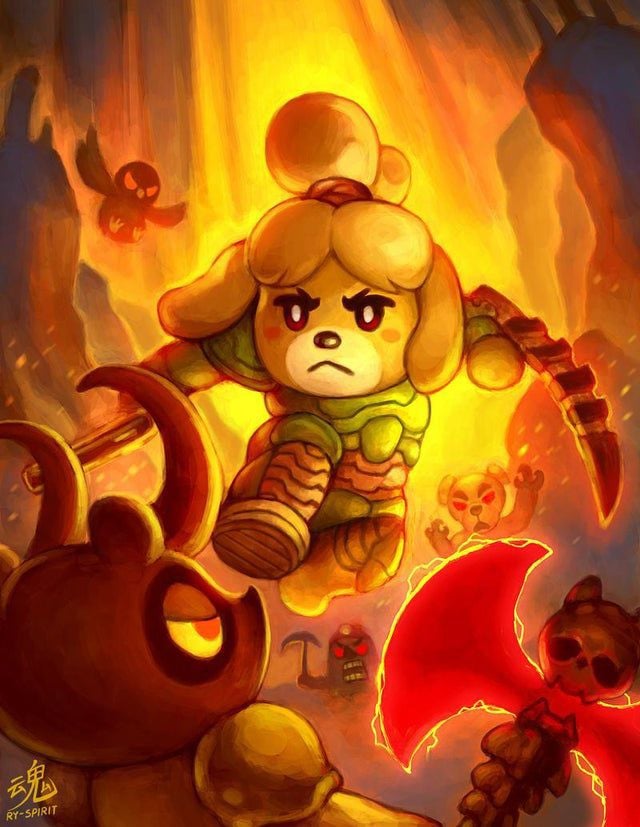 Editor's note: The opinions expressed in this commentary are solely those of the author.

We are living in quite uncertain times. For many, the solution to all of this is a bit of relaxing escapism, to drift off under the warm sun, thinking of calm waters and sandy beaches. For others, being shut inside has likely meant a boiling desire to let loose and be as crazy as they can. Thankfully, on March 20th, both of those desires will be satiated in the most bizarre way possible.

That’s the release date for two of the gaming industries biggest titles of the year, “Animal Crossing New Horizons” where the player finds themselves on an island populated by adorable animals and must build their own house and town from scratch and “DOOM Eternal” where the player finds themselves on a planet populated by demonic hell-spawn and must rip and tears their flesh off the bone to save the Earth. How similar they are.

There is an amusingly drastic difference between these two releases, but the Internet, in all its glory, has ended up fostering a kind of warm hospice between these two releases. When the release date for “Eternal” was announced and people realized it was the same as “New Horizons,” fans from across the globe took to spaces like Twitter and Reddit to create fan art of the two series together.

Me picking up my copy of Animal Crossing: New Horizons this March 20th from r/Doom

The new trailer just dropped. I'm so excited !!! from r/Doom

People drew art of Isabelle, one of the most iconic characters from “Animal Crossing” being taught how to use a shotgun by the DOOM Guy. Others drew DOOM Guy planting a garden surrounded by various “Animal Crossing” villagers. Its extremely odd to see in this day and age, considering so many competing game releases feel like competitions to outsell each other.

It isn’t even that both games won’t overlap each other in sales. Many fans of both series have stated they will be picking up both, and there’s just as much fan art of the pastel colored characters of “New Horizons” picking up blood soaked copies of “Eternal” and DOOM Guy picking up a copy of “New Horizons.” This doesn’t just stop at fan art, as numerous streamers have taken to Twitter to point out that, despite their flowery stream layouts and pink pastel streaming rooms, they’re more excited for the demon slaying game.

The most wholesome example of the odd friendship between these two games’ communities came when the moderators for the Animal Crossing and DOOM subreddits made posts on each other’s subreddits, thanking the fanbases for their support of each other’s games and even posting fan art.

Yes, it’s odd, and its actually easy to see why these two series would have each other’s backs. But at the same time, its one of those events that nobody could have predicted. The official DOOM twitter account even got in on the action, replying to the announcement of an official Nintendo “Animal Crossing” Direct with a simple tweet that read “Will Isabelle be there?”

will Isabelle be there

It’s just a simple kind of wholesome magic that can’t be replicated or manufactured. Its an organic bit of fan unity that nobody could have predicted and yet makes each game feel a little sweeter, makes each flower planted a like more satisfying and each Demon heart ripped from a chest a little gooier.